Welcome to the sixth issue of the COSS Weekly, the global Commercial Open-Source ecosystem newsletter brought to you every Sunday by Joseph Jacks and team at COSS Media, OSS Capital and the organizers of Open Core Summit.

Tom Moor: One thing I've learnt as the maintainer of a popular open-source project — lots of VC firms are intently tracking action on GitHub. Link

Tim Berner-Lee's startup, Inrupt, will enable users to choose how and where their data is stored. Link

So you're ready to commercialize open source – who should be your first hires? Link

Martin Casado: Difficult for open-source companies to transition from on premises to cloud offering.  Right approach is Reed Hasting's for disruption, with 1/3rd of company dedicated to transition. Link

China has an open-source problem — it's part of the Internet you can't "splinter." Link

Stratechery: What if Trump had won? Also, catching up with MongoDB and an interview with company's CEO. Link

"We can do better than DuckDuckGo." Ideas on making search truly open and trusted. Link

Joseph Jacks: Both Ayden and Stripe — worth $50B each, and powering a large chunk of global fiat digital payments — cite open source as critical to their businesses. Future of money is open-source, and next-gen finance companies will be powered by open-source. Link

The Few, the Tired, the Open Source Coders. The open source movement depends on not enough people doing too much work. They need help. Link

OpenSourceInitiative (OSI) is hiring an Executive Director to build a stronger future for OSI and the open-source ecosystem. Link

As society becomes more aware they can control tech instead of being controlled by it, the dominant platforms that maximize user trust will trend towards open source. Link

Apple vs. The Web: Why Apple should shift to web-based software distribution, instead of the App Store. Link

As more COSS companies go public, securities law and S-1 thinking will shift from OSS as liability/risk towards OSS as an asset/differentiator. Link

GitLab's IPO, originally planned for Nov 18th, will be one of the biggest and most exciting COSS liquidity events yet. Link

Matt Asay: Wondering how to preserve freedom in the cloud? It begins and ends with open source. Link

Ghost acquires IVEEL, one of the most popular theme + template platforms, and releases all IVEEL themes as free and open source under MIT License. Link

COSS Weekly, Issue #7: 💥November 29th, 2020 Welcome to the seventh issue of the COSS Weekly, the global Commercial Open-Source ecosystem newsletter brought to you every Sunday by Joseph Jacks and team at COSS Media, OSS Capital and the organizers of Open Core Summit. 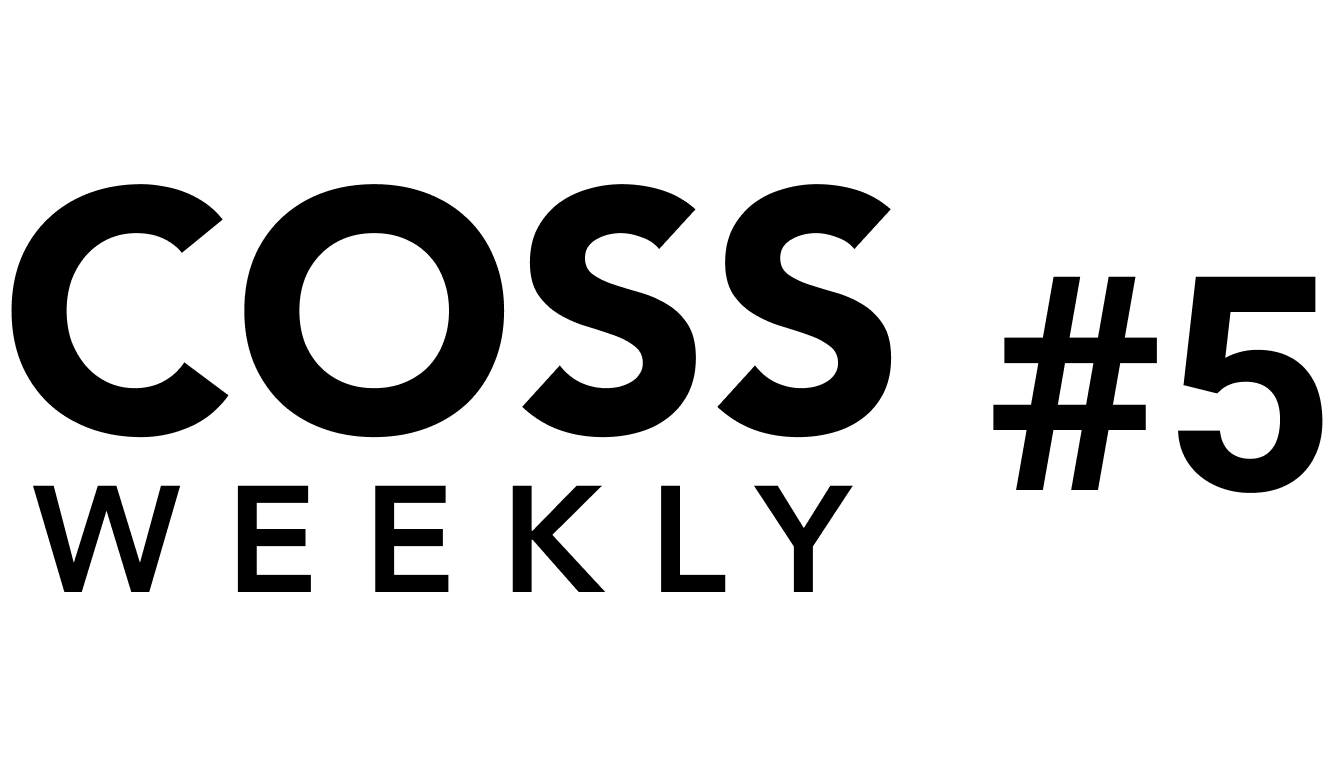 COSS Weekly, Issue #5: 💥November 15th, 2020 Welcome to the fifth issue of the COSS Weekly, the global Commercial Open-Source ecosystem newsletter brought to you every Sunday by Joseph Jacks