Welcome to the fourth issue of the COSS Weekly, the global Commercial Open-Source ecosystem newsletter brought to you every Sunday by Joseph Jacks and team at COSS Media, OSS Capital and the organizers of Open Core Summit.

Researchers at Carnegie Mellon University's CyLab develop fastest-ever open-source intrusion detection system, maintaining speeds of 100 gigabits per second on a single server. "We created one pizza box-sized machine to do the work of a whole room of servers." Link

Because Open Source fundamentally changes the way we create and consume technology, attempts to market size OSS based on proprietary tech understimates OSS's potential by orders of magnitude. Link

Vinay Iyengar's State of COSS: 46 companies with $100m+ in revenue, raised an average of $262m in venture capital, typically 1.6 years between project creation and company creation, most popular license is Apache 2.0 (37%). Link

Odoo announces new milestone: $100M per year in billing. "Cash flow is not our bottleneck anymore, it's the recruitment of R&D developers." Link

Why COSS is the next $2 trillion tech category. Keynote presentation by Joseph Jacks at Open Source Business Forum, October 2020. Link

What is Commercial Open Source Software by Webiny. Link

Red Hat's closed-crust is often considered an "insurance policy" with indemnification. This is a powerful value proposition vs "selling features." Other COSS companies could wisely follow suit. Link

One of the most brittle, vulnerable, and proprietary closed-core bastions in software: Temenos' domination in core banking. $12B+ valuation, $1B~ revenue, very slow place of innovation, monopoly. COSS can be very effective here! Link

Only 30~ software companies have reached $1B+ in revenue.  9 of them raised essentially zero VC/outside funding on path to success. Lesson? Customers have more money than outside investors, raise money from customers if you can. (These 30 companies generate $330B+ in annual customer spending, and the entire VC asset class is $157B~). Link 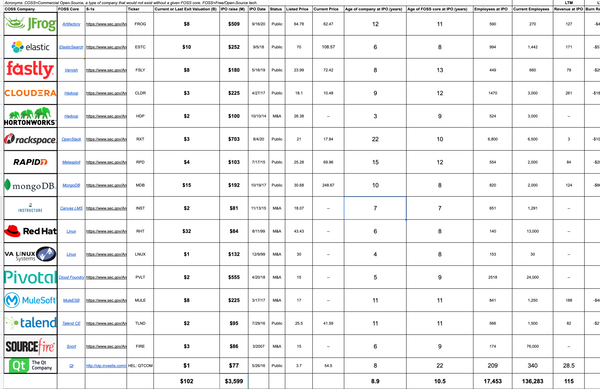 COSS IPOs are on the rise. In this post, we analyze the 16 COSS IPOs since 1999 and make some predictions about the future: Red Hat, Qt, Elastic, Sourcefire, JFrog, MongoDB, Cloudera, Fastly and more! 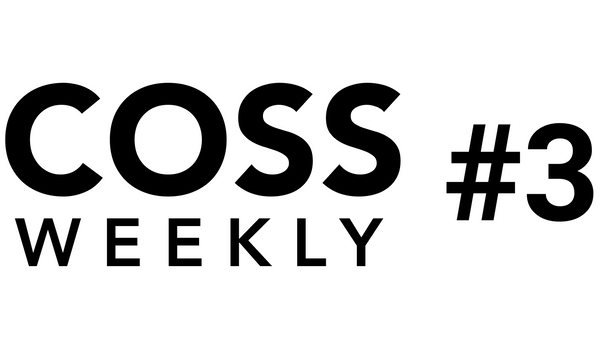 COSS Weekly, Issue #3: 💥November 1st, 2020 Welcome to the third issue of the COSS Weekly, the global Commercial Open-Source ecosystem newsletter brought to you every Sunday by Joseph Jacks